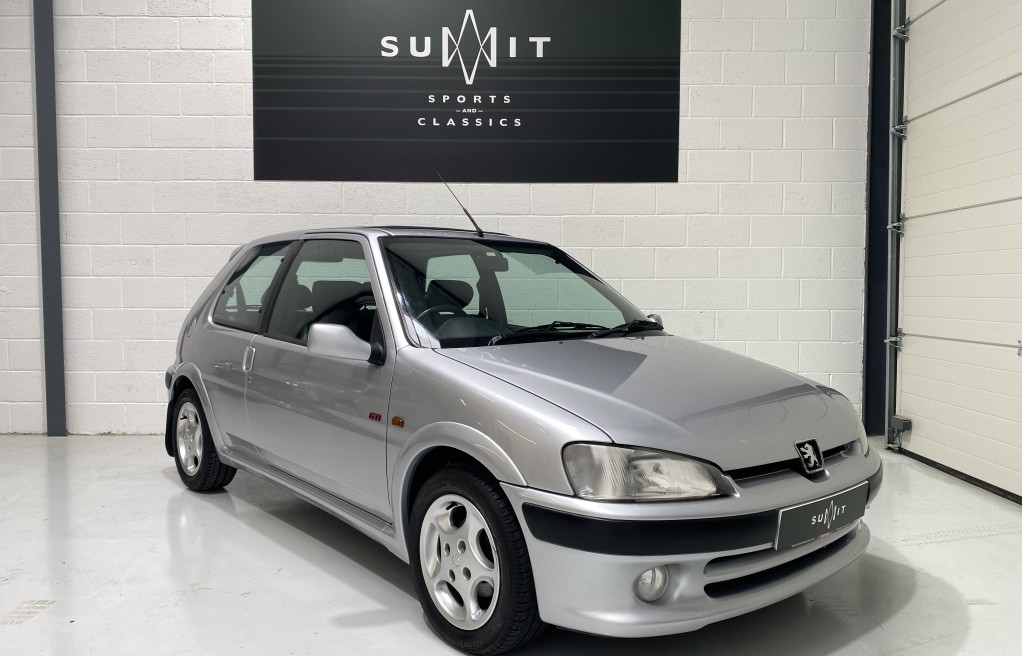 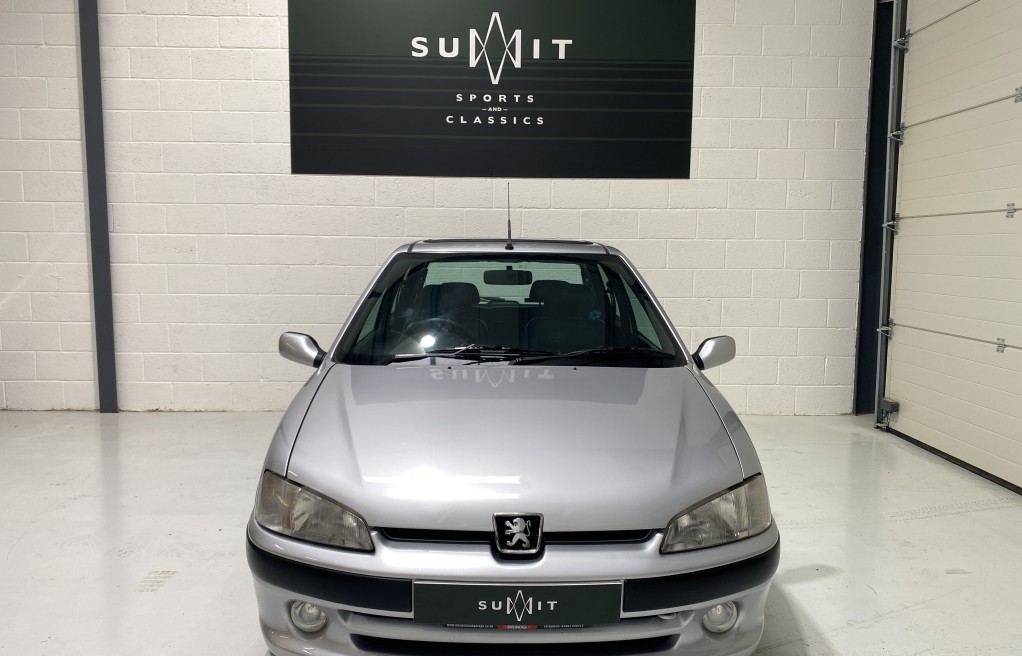 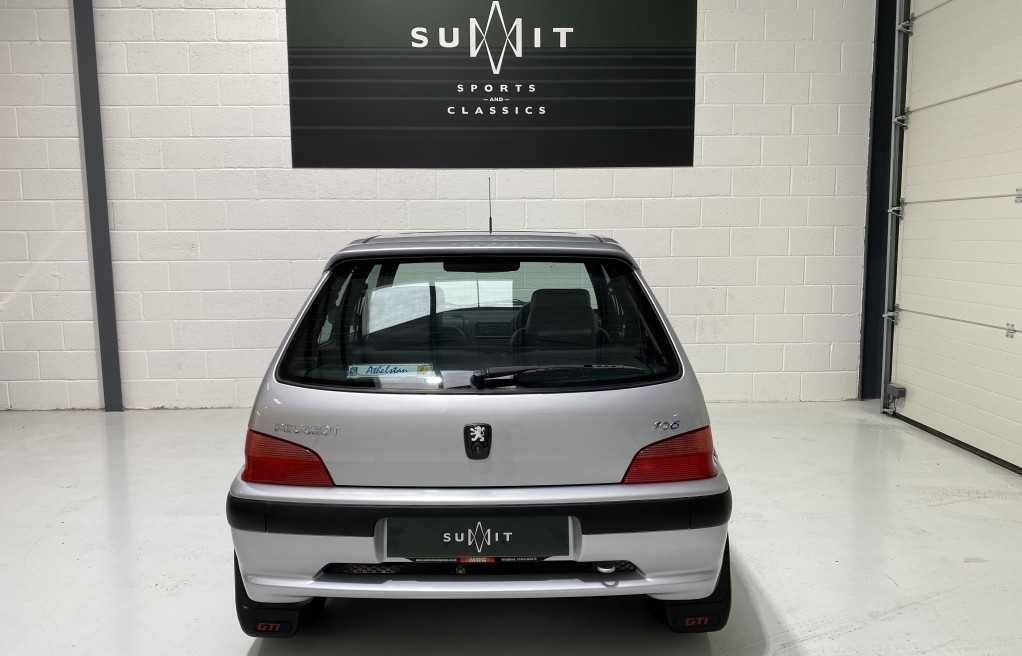 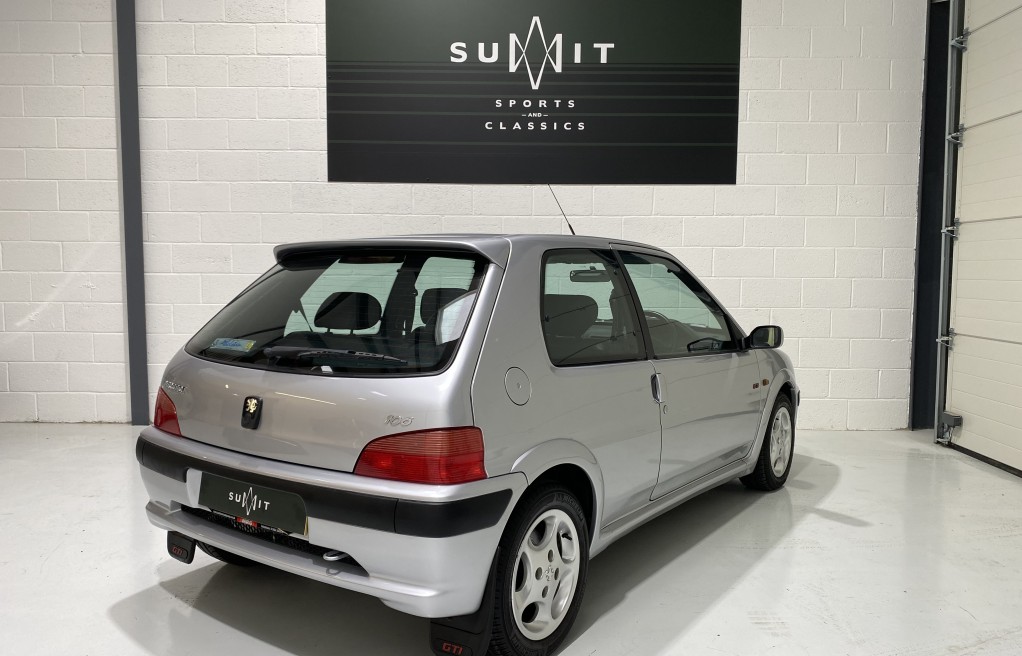 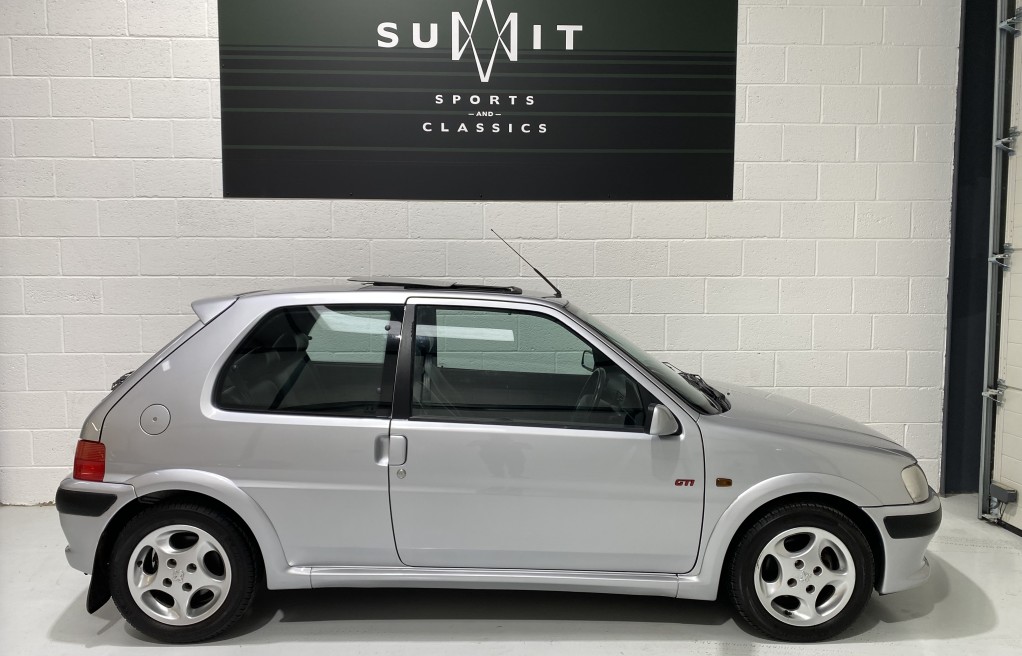 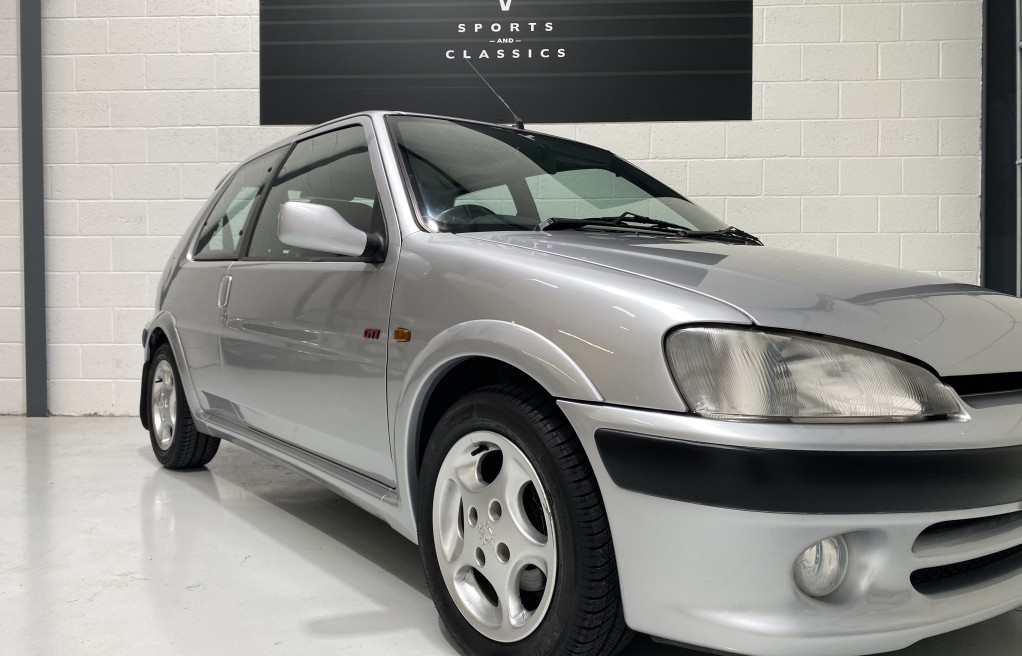 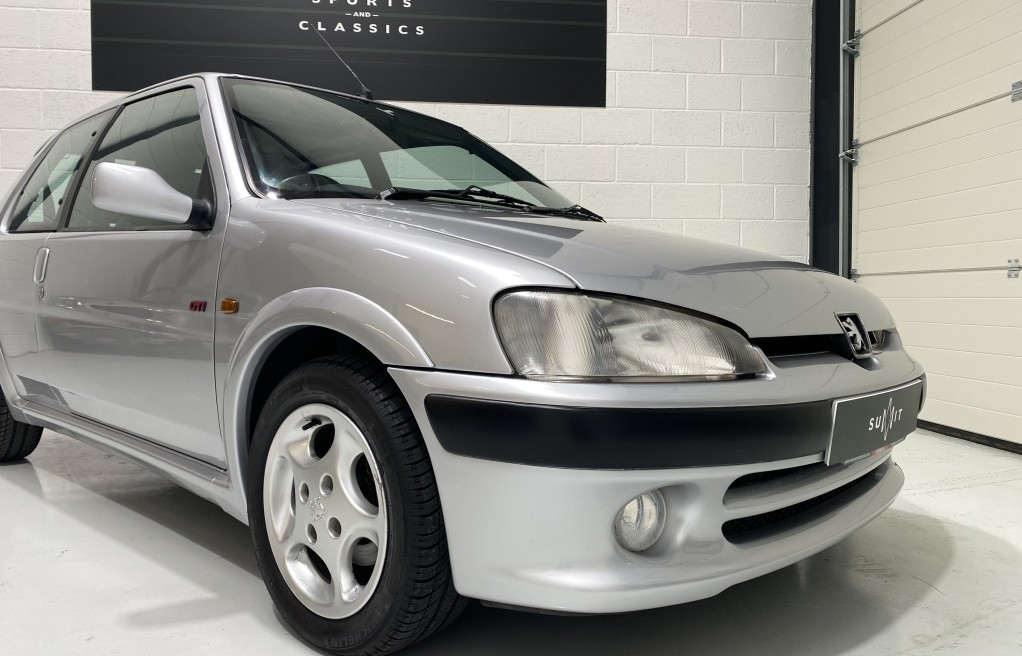 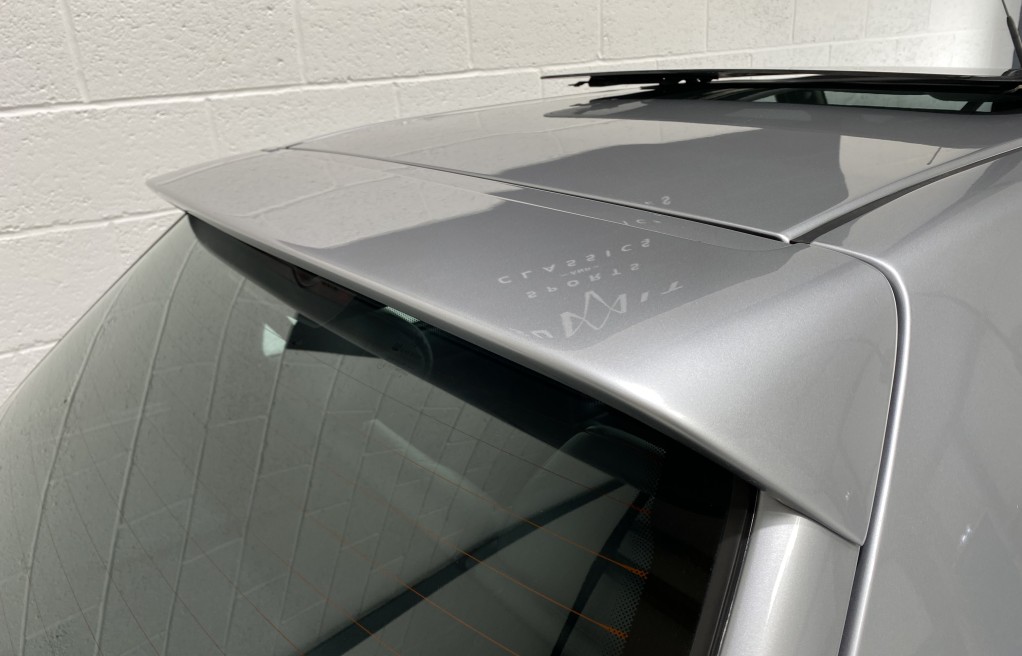 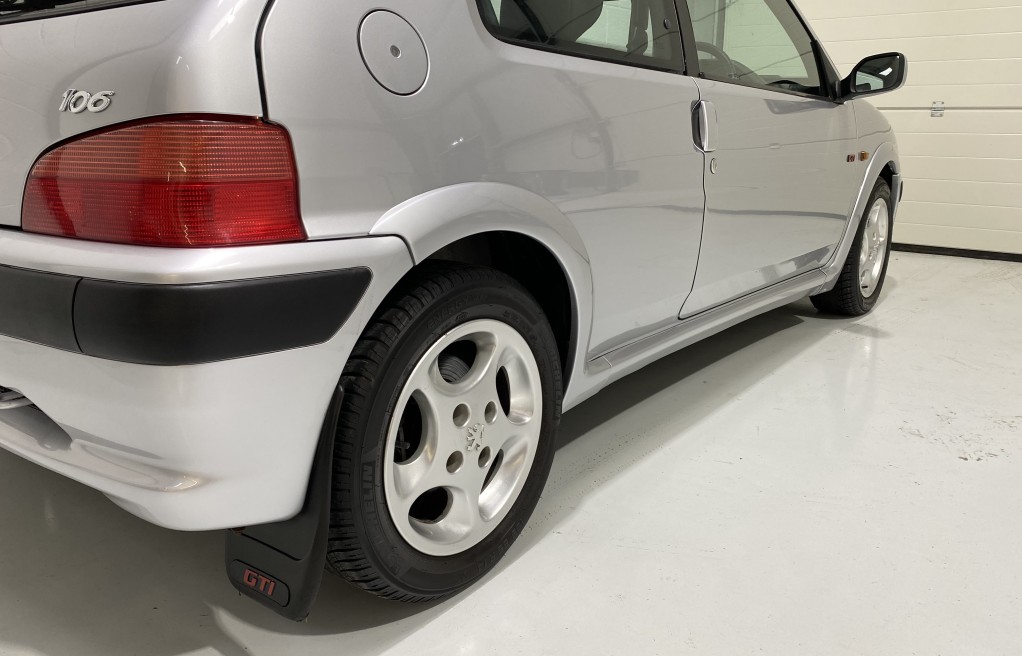 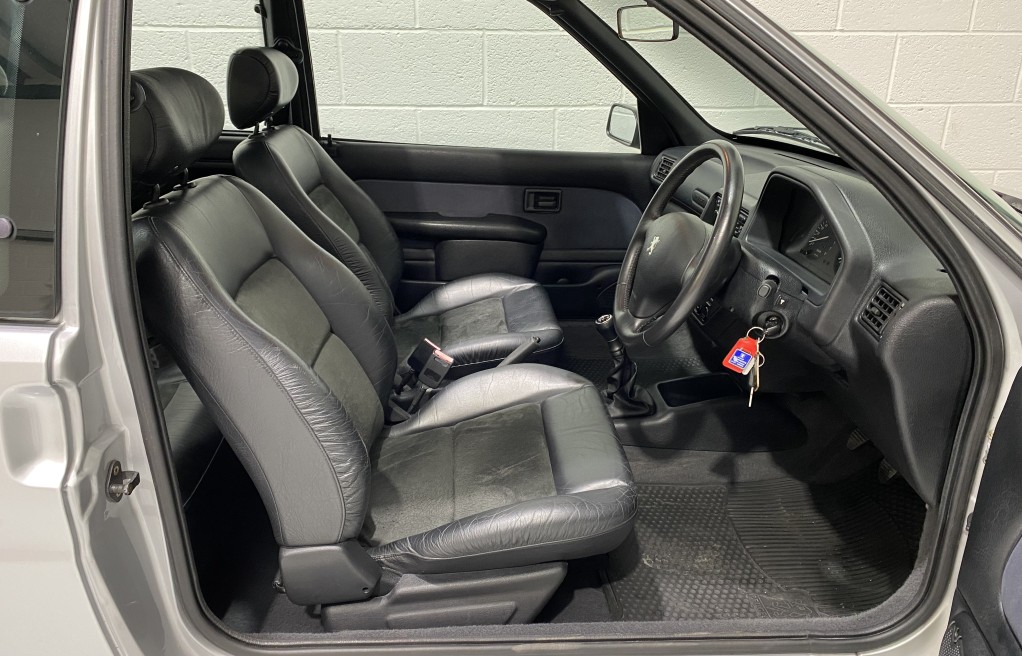 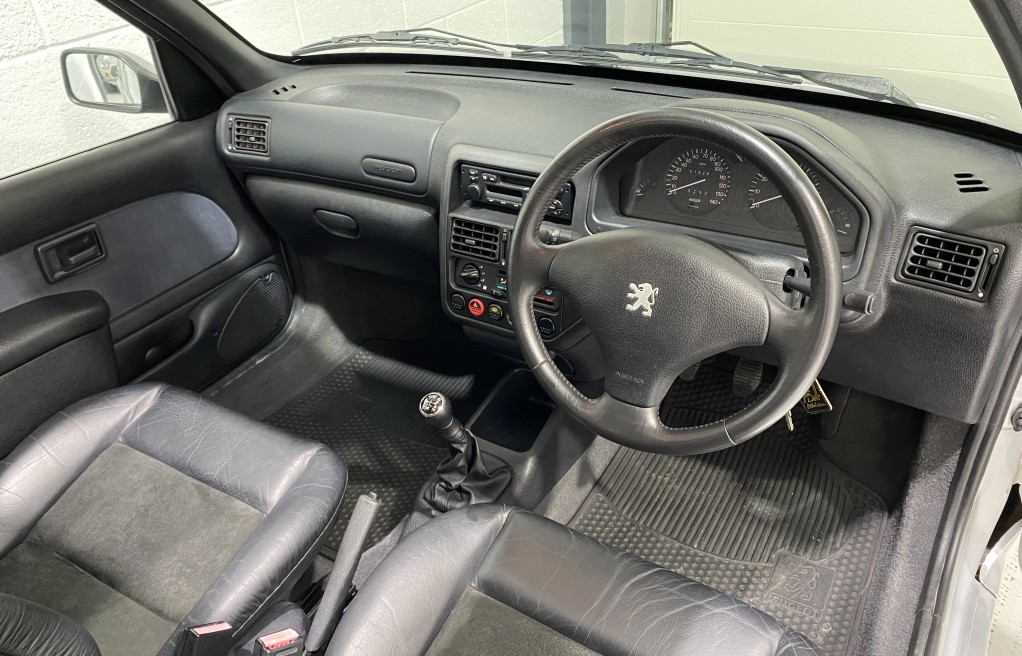 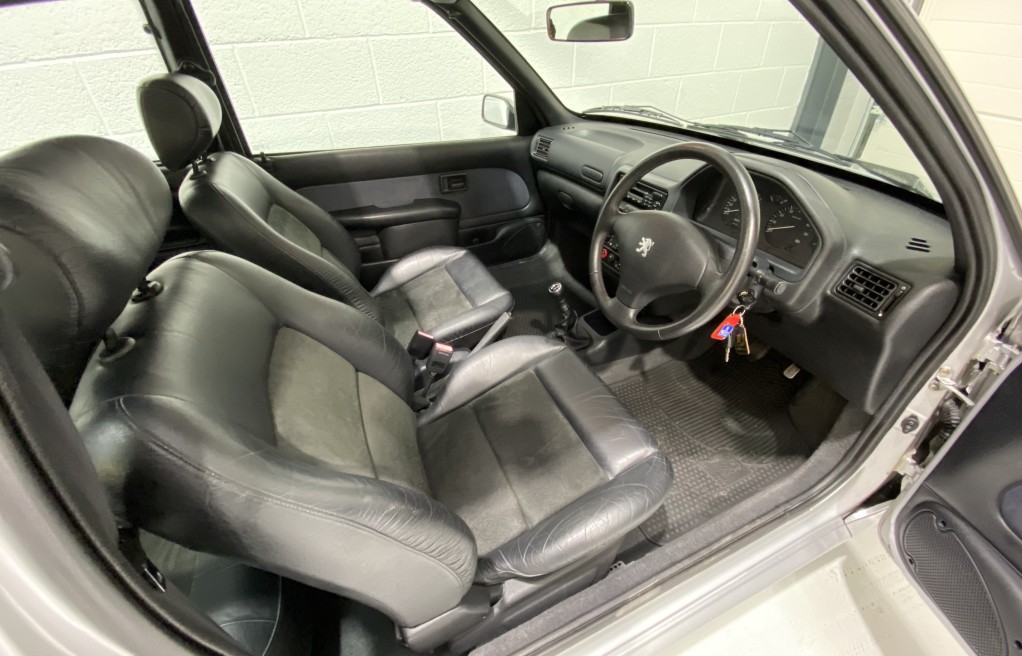 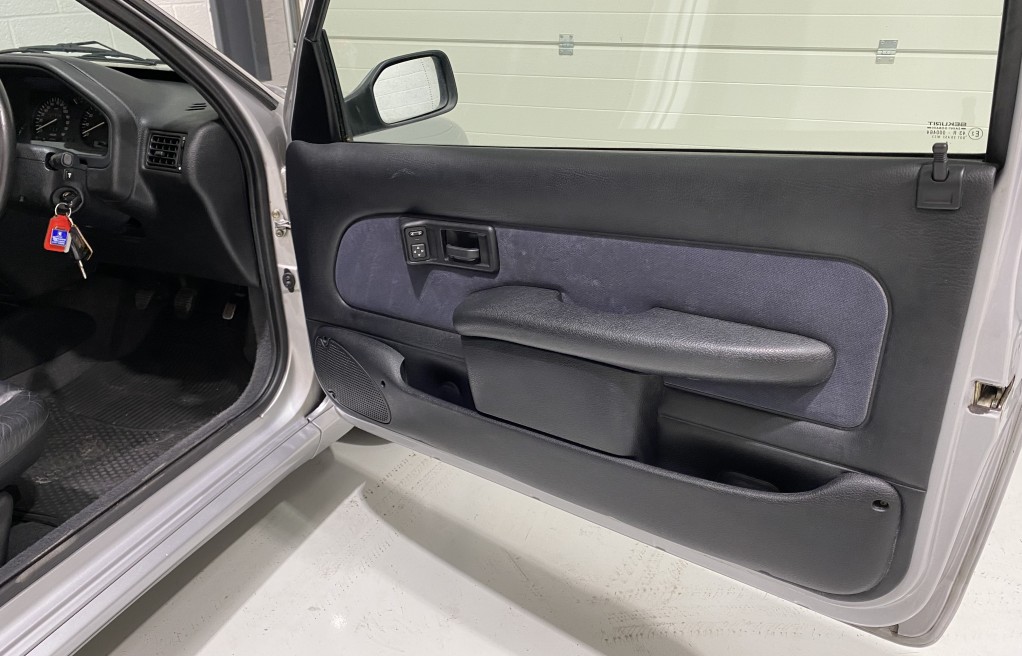 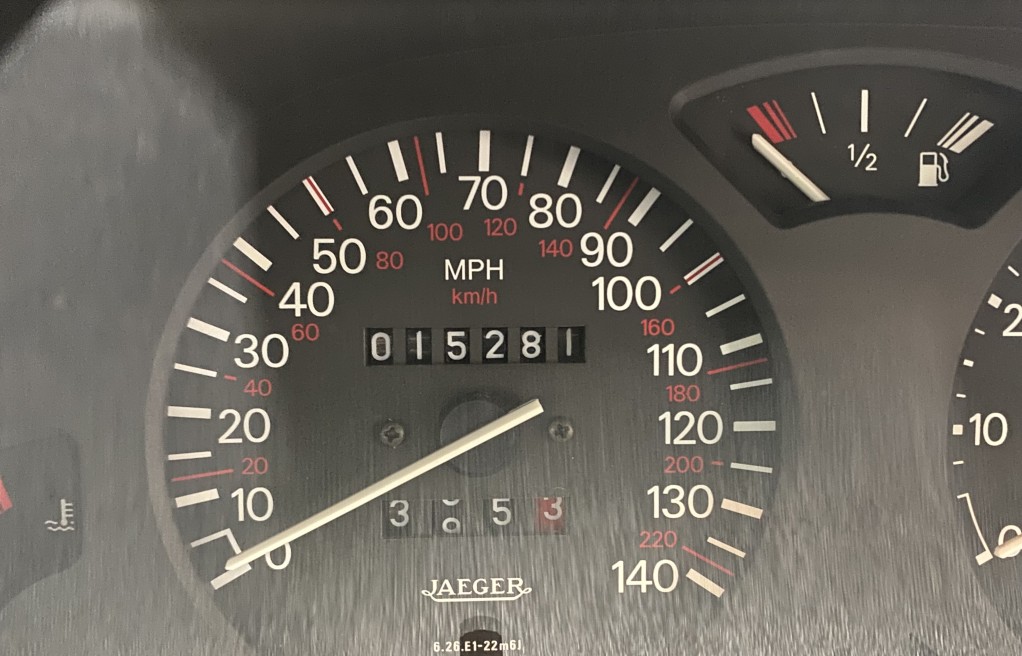 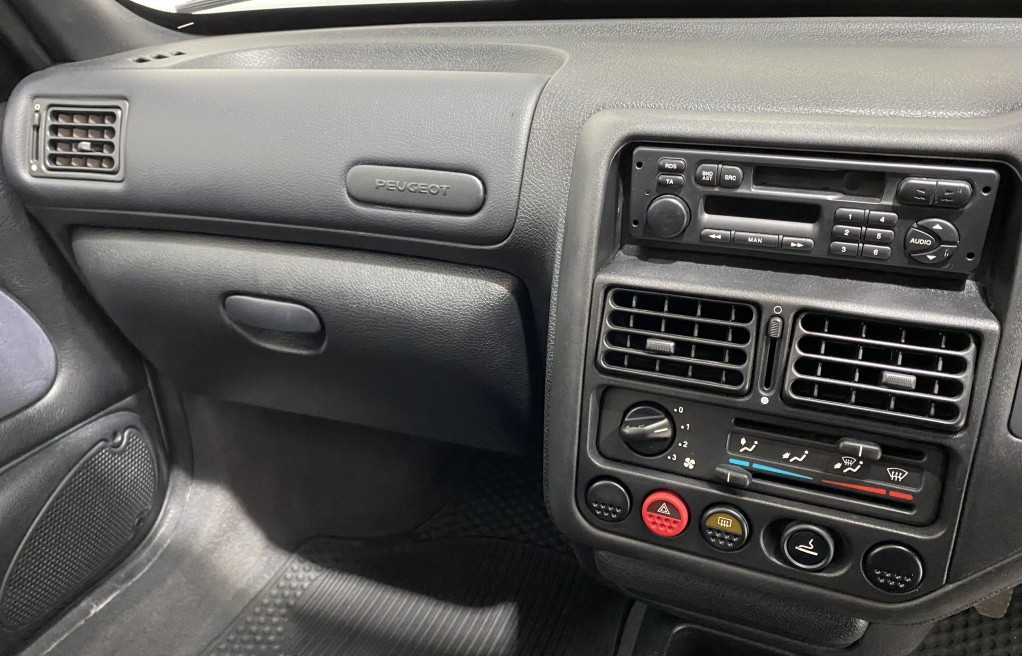 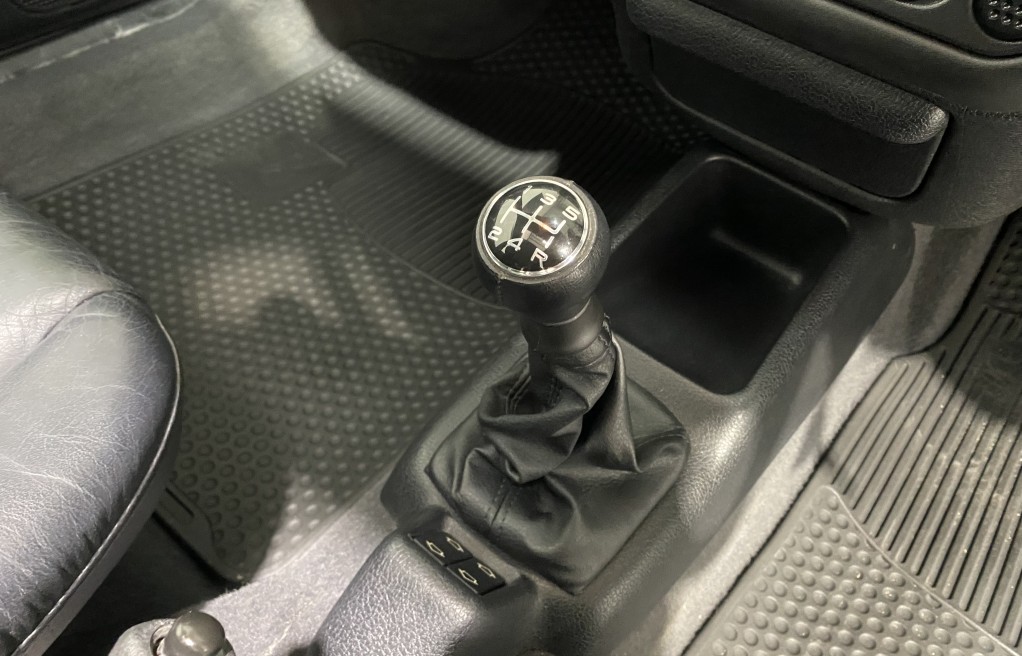 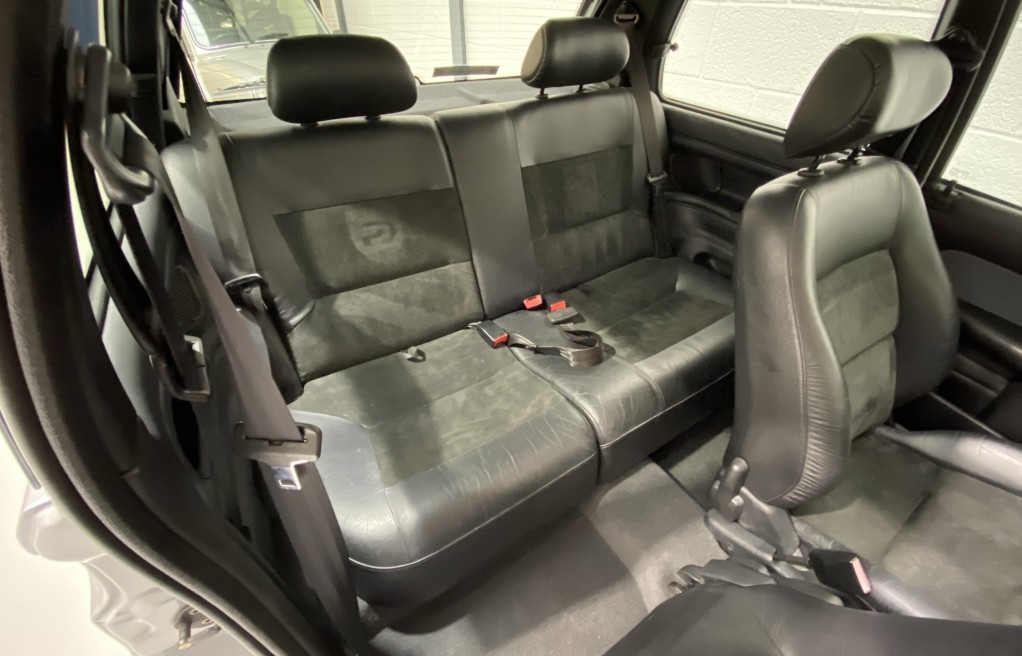 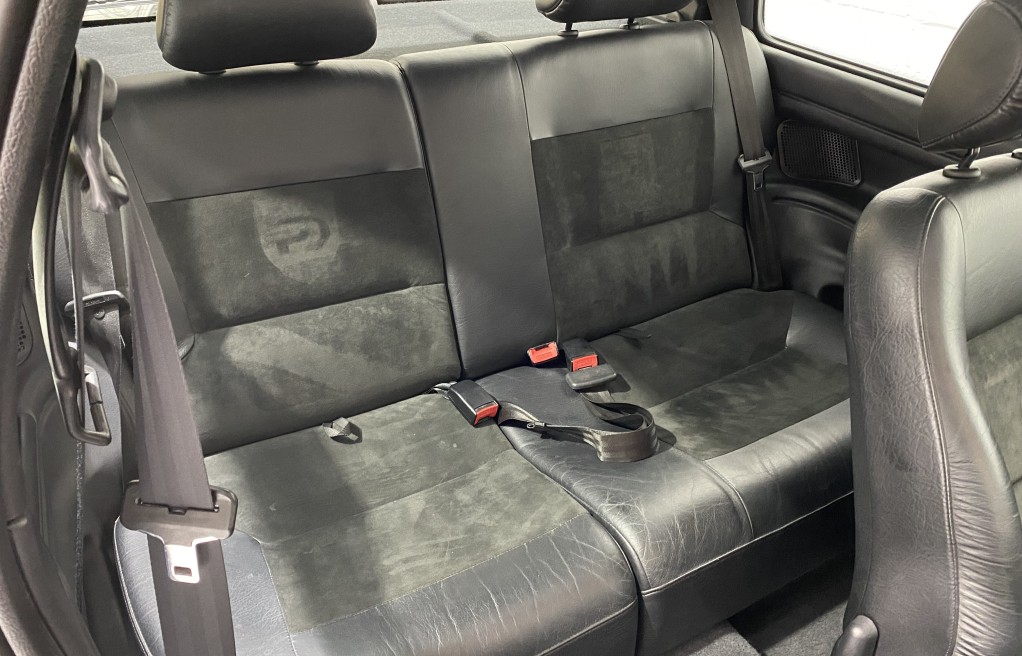 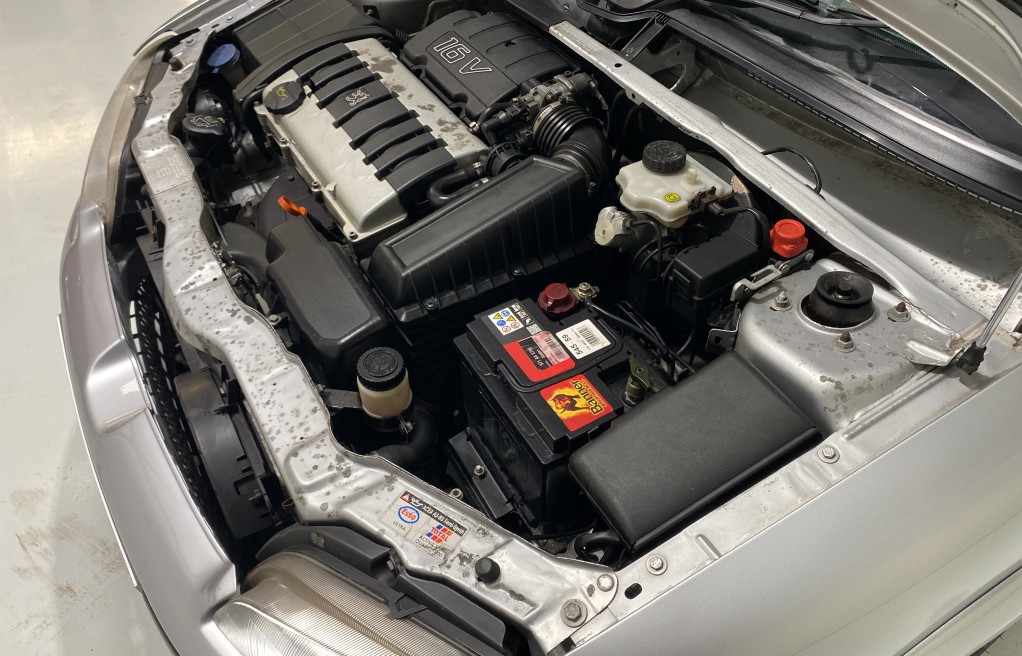 The Background:
The Peugeot 106 1.6 GTi was introduced in 1996 and was seen as the spiritual successor to the hugely popular and highly regarded 1980's 205 GTI, which was sadly discontinued in 1994. Small, light, with a rev happy engine and quick, sharp steering; the little hot hatch was well regarded amongst its peers of the time. In January 1996, the Peugeot 106 also formed the basis for the near identical looks and size Citroën Saxo, with both cars being built on the same platform and both cars competing in various forms of motorsport. The 106 was later very popular with the Max Power modified generation as it was small, quick and lots of companies produced lots of accessories and body kits for them.

History:
This particular Peugeot 106 was purchased new in 1998 by Lady Davis. During her ownership, the car was used almost entirely by her alone and driven very sparingly given that she lived in central London. As time went on, Lady Davis decided it was time to stop driving and the car spent a number of years parked in her garage. The car was eventually sold and picked up by the second owner who had been in possession of the vehicle since 2017. Despite Lady Davis owning it from new and not driving it very much since 1998, she had kept up with its servicing schedule regardless of miles and the car was always kept in secure dry storage. The second owner has also stuck to this and kept the vehicle in immaculate condition which is commensurate with its incredibly low mileage. This really is one of if not the cleanest, original low mileage 106 GTi's in the country.

Paperwork:
The car comes with the V5 Logbook and all of the servicing and paperwork to back up that incredibly low mileage. The car has been owned by two keepers and driven an incredibly small amount but serviced and maintained regardless. As per the images, there is a stack of MOT's; the latest of which expires, an owner's manual, hand book and even an original brochure.

Condition:
The interior of this car is factory fresh and as far as we are aware has not been smoked in. It has a recent very expensive detail by a professional detailer and truly is in time warp condition. Everything works. The exterior, much like the interior, is in factory fresh condition with very minor few blemishes to note at all. The car even has its original dealer stickers. In terms of mechanics, as previously stated, all of our cars have full 100 point health checks. These checks are completed by a team of mechanics with over 100 years combined experience to ensure the vehicles safety, and that mechanically, it is as good as it can be. This beautiful hot hatch starts, stops and drives well with the 1. 6 16v rev-happy engine seeming to have lost none of the horsepower it had from the factory. The car has been maintained regardless of cost and even though in mileage terms it is no where near requiring a cambelt the previous owner has had this work carried out anyway, recently, for peace of mind.

Appeal to a Potential Buyer:
Unlike most small hot hatches of this era, this particular 106 GTi has survived the clutches of the Max Power boy racer generation and is in time warp condition. This low mileage, low owner example is a very rare thing indeed. When it was launched it was cheap, well specced, had enough performance to make you smile and if you were after a small hot hatch of this type, it would definitely have been a consideration. Today, a lovely example like this is something to treasure and as some may say, should really be in a collection.

We can transport and deliver your new pride and joy to you anywhere within the UK at a time suited to you.

All Summits Sports & classic automobiles include a 100 Point health check to ensure your new car is as good as can be. 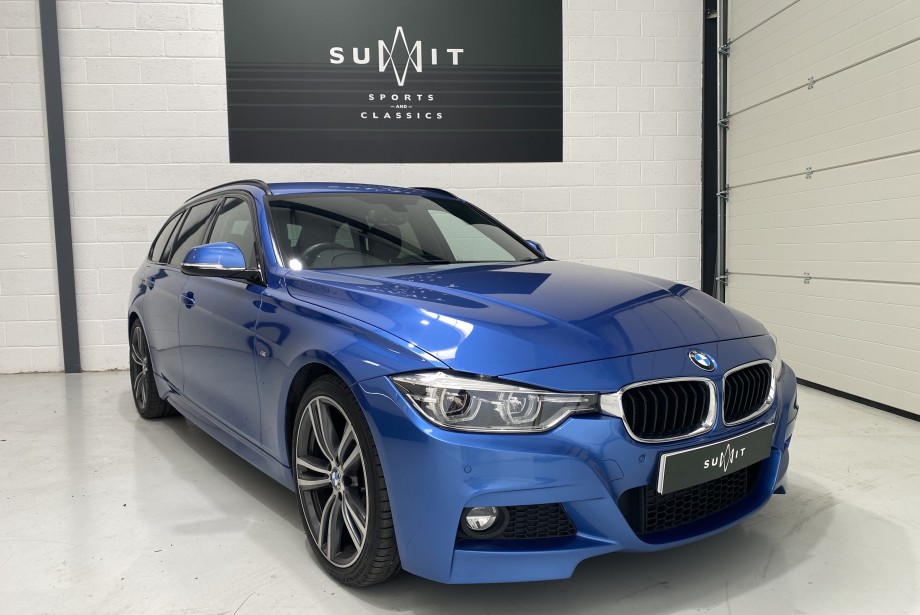 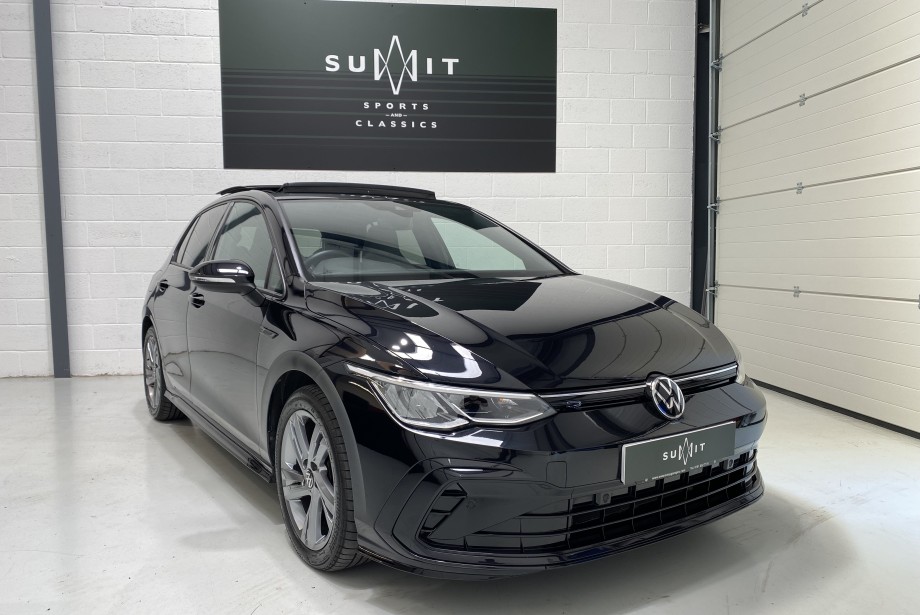 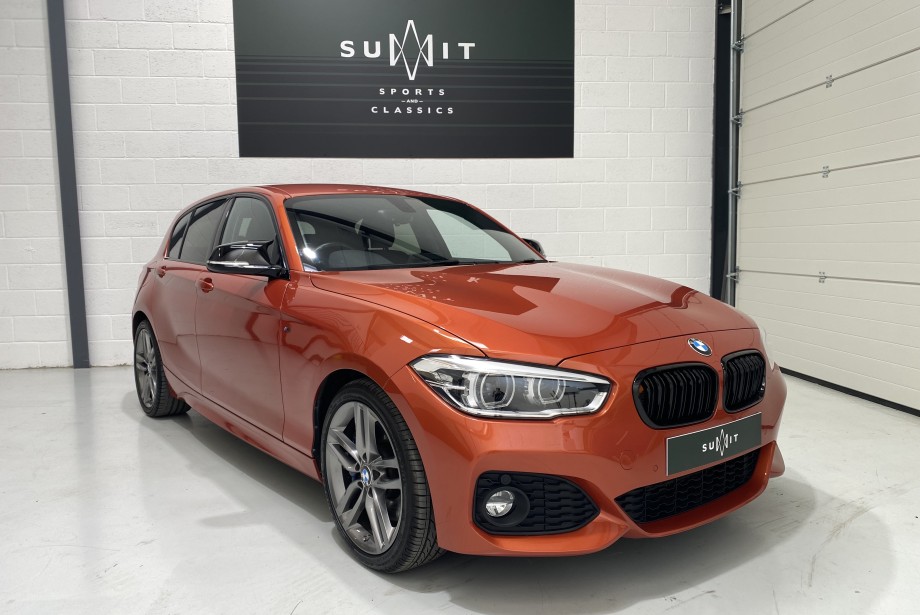 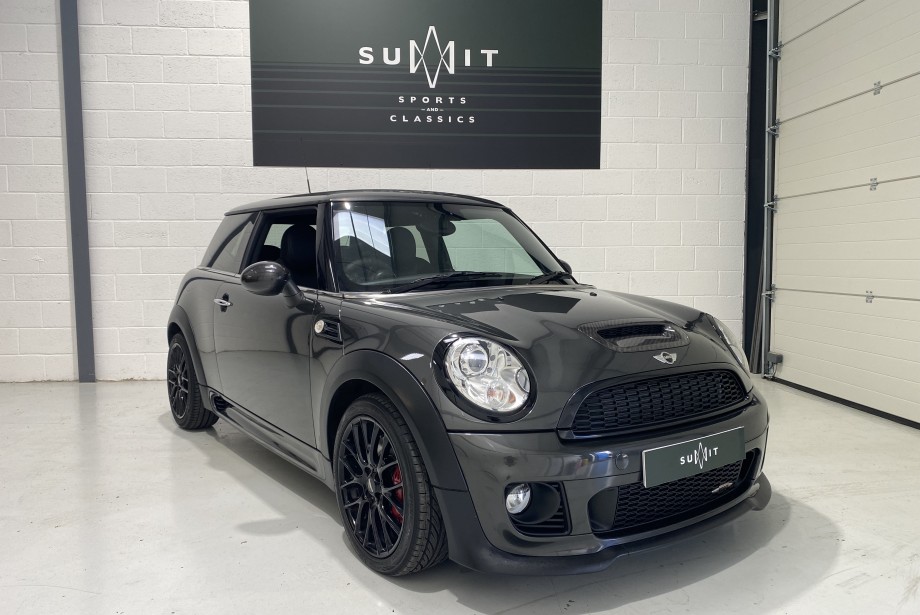